Norton Buffalo & The Knockouts "You Will Get Up and Groove To This Band!!"
R & B • Blues • Latin • Reggae
Unbelievable harmonica and soulful, powerful vocals 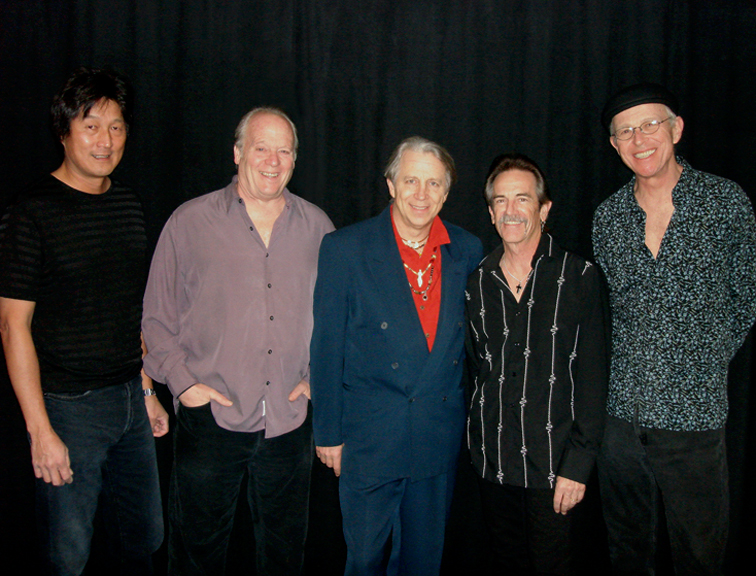 Photo by Arlic Dromgoole
Norton and The Knockouts

David Brown has been with Norton and The Knockouts since June 1985. Born in Shreveport, Louisiana, raised in Jacksonville, Florida, he has a great musical history to his credit. He formed a band with Butch Trucks (Allman Brothers Band) and Scott Boyer (Cowboy) in 1966. After years of touring the South as "The Bitter Ind." the band recorded an album of mostly original material released on Vanguard Records in 1968 as "The 31st of February". This group's lineup eventually included Duane and Gregg Allman. When the group disbanded in late '68, David found himself in demand as a studio musician in Miami, laying down bass lines for R&B hitmakers Wilson Pickett, Betty Wright and numerous other Atlantic Records artists.
1970-72 brought a move to the San Francisco Bay Area with the Boz Scaggs Band. David contributed three songs and one lead vocal (uncredited) to the Boz albums of this period. He also toured for a summer with Michael Bloomfield. David also held down the bottom on many a jam session at The Fillmore West with greats like B.B King, Taj Mahal, Johnny Winter, and Elvin Bishop.

In 1973 David relocated to Macon, Georgia and joined his former bandmate Scott Boyer's group "Cowboy". This group, along with Chuck Leavell (Rolling Stones), was the backing band on Gregg Allmans "Laid Back" album and subsequent tours. Other album credits from this period include Kitty Wells, Martin Mull, Arthur Conley, Bonnie Bramlett and Elvin Bishop.

1977 brought David back to the SF bay area where he has remained to this day. He spent the first 5 years with the rock band "Mistress". They released an album in 1979 on RSO records and did some touring with "Blue Oyster Cult". In 1982-84 David toured with "The Commander Cody Band" and in June 1985 he became a Knockout!!

Johnny V first began playing with Norton Buffalo in 1979. It has been a long musical ride since then, with lots of miles travelled and plenty of dues paid on the way. A native San Franciscan, Johnny "V's" professional music career as a guitarist began in 1963 at age 14. Four years later he joined a band called Day Blindness, later renamed Foxx. This band played the Fillmore, the Avalon Ballroom and numberous shows in Golden Gate Park. In 1968, the band was playing clubs in Hawaii and opening for Quicksilver Messenger Service, Eric Burton and War, and Big Brother and the Holding Company featuring Janis Joplin. Johnny joined Gideon Daniels' gospel group tour in 1969 concluding the tour with an appearance on the Sonny and Cher Summer Show. The tour with Gideon lead to his relationship with Elvin Bishop and 6 albums, including the gold record, "Fooled Around and Fell in Love". It was his association with Elvin that brought Johnny and Norton’s paths together.

Johnny's guitar playing transcends the ordinary as he adds to his incredible rhythm, lead and slide guitar chops, an undeniable energetic charisma that draws the audience in. Johnny plays with soul and spirit that comes straight from his heart and comes out with a smile. As well as his work with Norton, Johnny is in demand around the San Francsico Bay Area as a guitarist and as a producer by a number of artists including The Annie Sampson Band.


1992-Present
Norton Buffalo and the Knockouts, Played on Norton's CD "King Of The Highway" Annie Sampson Band, Ron Hacker, Cool Papa. Also played on and produced the CD "I Got Tattooed" with Ron Hacker on Hacksaw Records, as well as the 1998 Annie Sampson CD "Under the Moon".

Tyler has been playing with Norton Buffalo and the Knockouts since 1994. Having grown up in Richmond (Tyler even went to the same high school with Norton for a couple years), he was in and around a lot of the same musical circles as Buffalo. His career got cooking in the mid-seventies, touring with, among others, legendary harpist Charlie Musselwhite, Elvin Bishop and later touring and recording with Greg Kihn. Tyler adds a strong punch and solid groove as well as a great dynamic touch to Norton’s music. His contribution to Norton's latest CD displays just how well he lays it down. He is currently also performing with Chris Cain, Brenda Boykin and Terry Hanck.

Austin is a killer keyboardist, rocking guitarist, and soulful singer who has been cutting it up for over three decades. While still an undergraduate at Harvard in the late 60's, de Lone penned "One for One," the first single released by Linda Ronstadt and the Stone Poneys. After leaving college, he formed Eggs Over Easy, the band credited with being the fathers of the simple, unadorned rock that the British dubbed "pub rock." The Eggs arrived in London from New York City in 1971 to make an album with John Steel, the original drummer for The Animals. The LP was produced by Chas Chandler, The Animals' bass player and producer of Jimi Hendrix's first two albums. Returning to the U.S.A. in 1972, Eggs Over Easy recorded "Good and Cheap," which was produced by Link Wray for A&M Records. They then moved to the San Francisco Bay Area, where Austin has lived ever since, recording and touring with his own bands as well as Elvis Costello, Bonnie Raitt, The Fabulous Thunderbirds, Boz Scaggs, Nick Lowe, Norton Buffalo, Lightnin' Hopkins, Howard Tate, Carla Thomas, Paul Carrack, Commander Cody, Wayne Bennett, Bill Kirchen, Loudon Wainwright, and many others known and unknown, seen and unseen. Still rocking, still writing, and still touring, Lately Austin has been hitting the planks once again with his old pal, Norton Buffalo.